A family member made me aware of this true story. As a veteran myself I felt the need to share this with you.

You’re a 19, critically wounded, dying in the jungle somewhere far, so very far, from home.

Your unit is pined, outnumbered 8-1. Somewhere in the bush maybe 100 or so yards away the enemy lies hidden. The enemy fire is so intense, your CO (commanding officer) has ordered the MedEvac helicopters to stop coming in the gunfire is much to deadly.

You’re lying there, listening to the machine guns, knowing you’re not getting out.

Everyone you have known or loved half a world away. Over 12,000 miles away. You’ll never will see or touch them again. You can almost hear your mother crying.

The world starts to fade in and out, this is your last day.
Then – almost despite the deafening gun fire – a faint noise, as if it’s coming from some other world, the sound of a helicopter. Looking up you see a dark Huey thundering in. But, It doesn’t seem real, it can’t be real because there are no MedEvac markings are on it.

Captain Ed Freeman is coming in for you in his unarmed Huey.

He’s not a MedEvac pilot so saving your life it’s not his job, not his problem, He heard the radio call warning him and the others pilots away and he came anyway. Flying his Huey down into the devastating gun fire anyway.

Even after the MedEvacs were ordered to safety he came. After being told the enemy fire made the extraction impossible, He still came.

He lands and waits despite the  gun fire, as they load 3 of you into his Huey.

Then he fly’s you up and out through heavy gunfire to  waiting doctors and nurses. To safety.

I bet you didn’t hear about this hero’s passing, but we’ve sure seen a whole bunch about Lindsay Lohan, Tiger Woods and the bickering of congress over Health Reform. 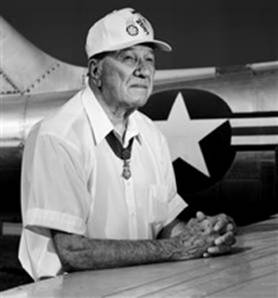 Okay, let’s take care of this up front. I am not a lawyer! I am a paralegal/legal assistant. I even have a college degree that says I am. So what follows is in no way to be taken as, construed as, intended to be, or mistaken for legal advice. This is legal information only. This blog’s intention is to answer at least some of your questions and equip you with the information you may need to best use and take full advantage of our legal system. Let’s get things rolling then.
Loading Comments...
%d bloggers like this: